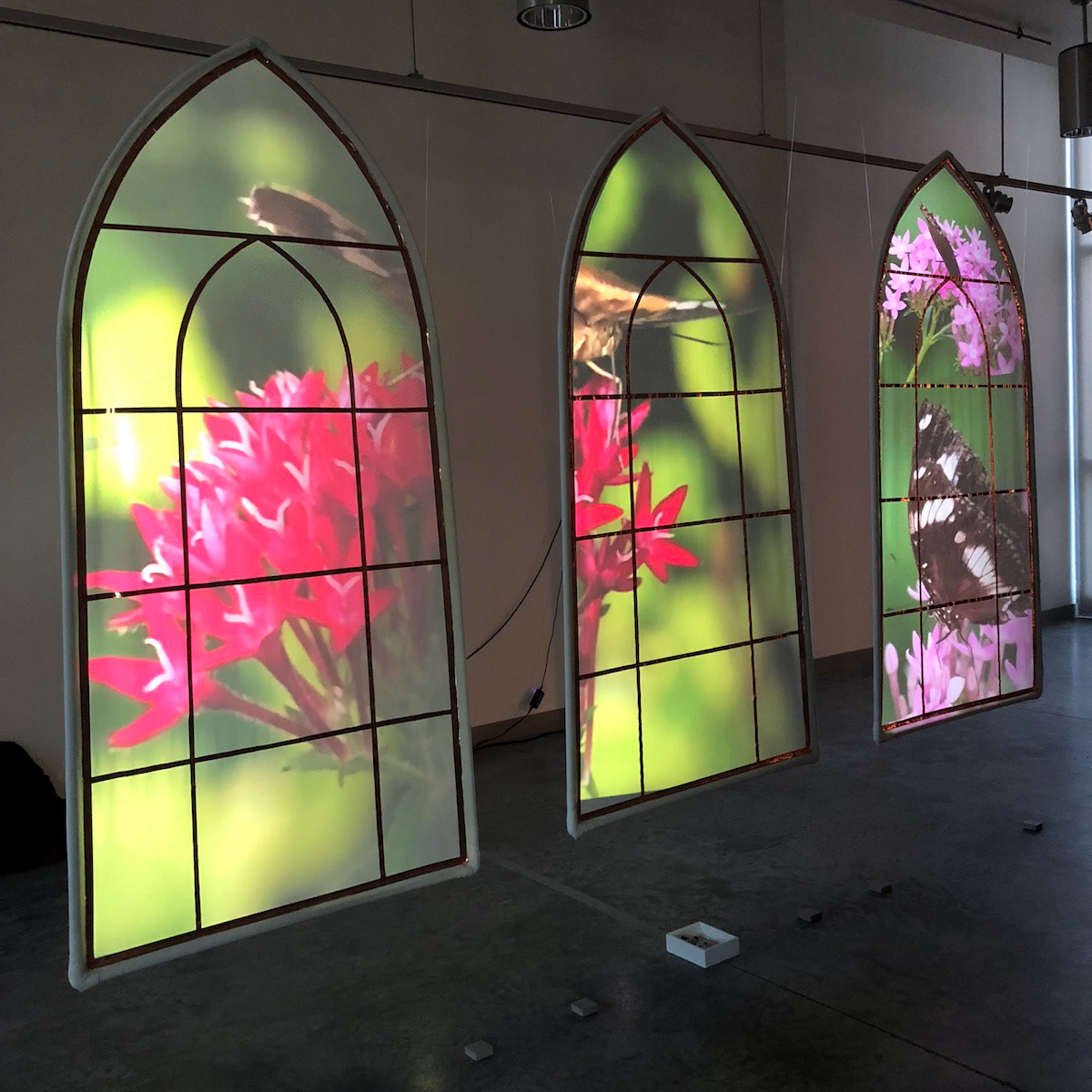 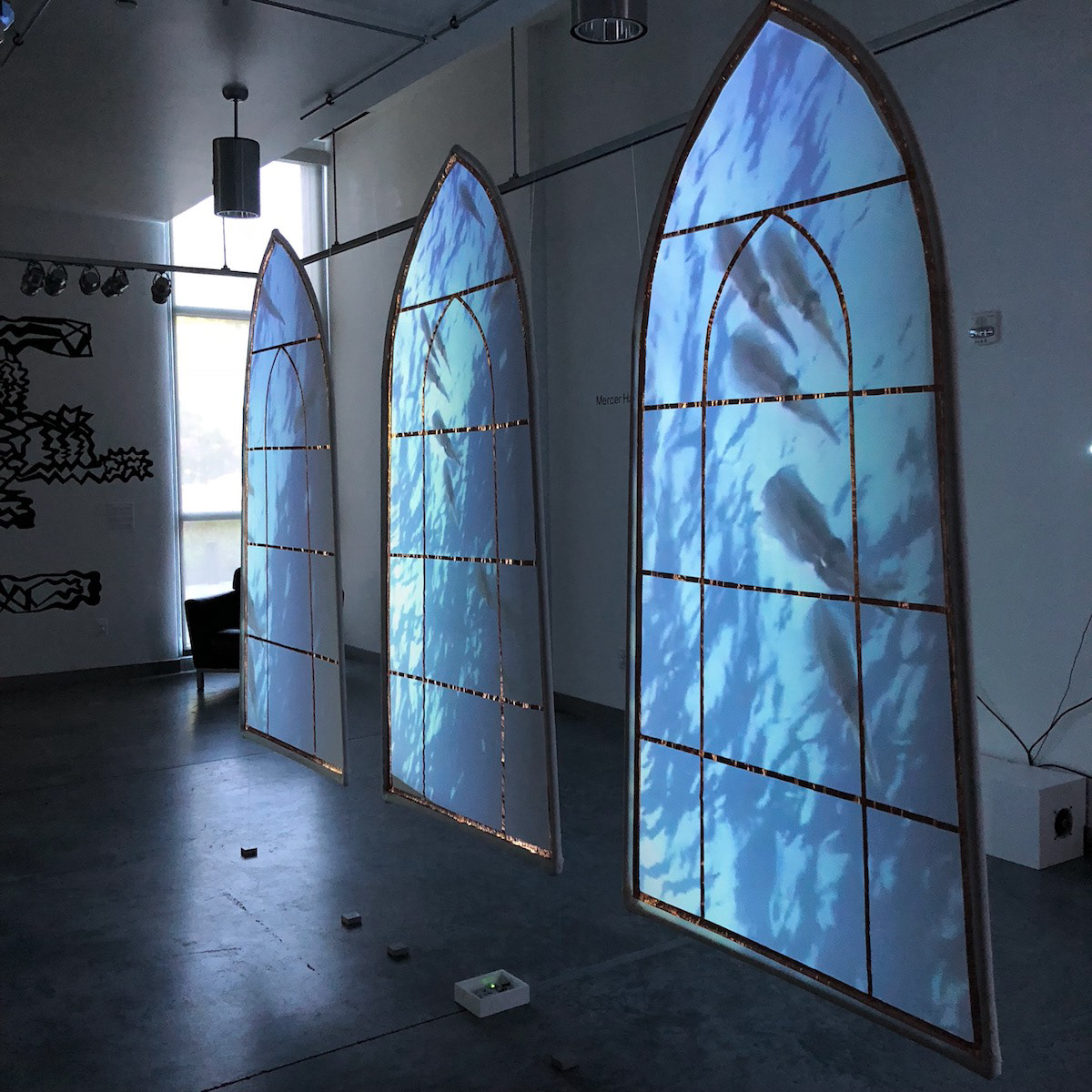 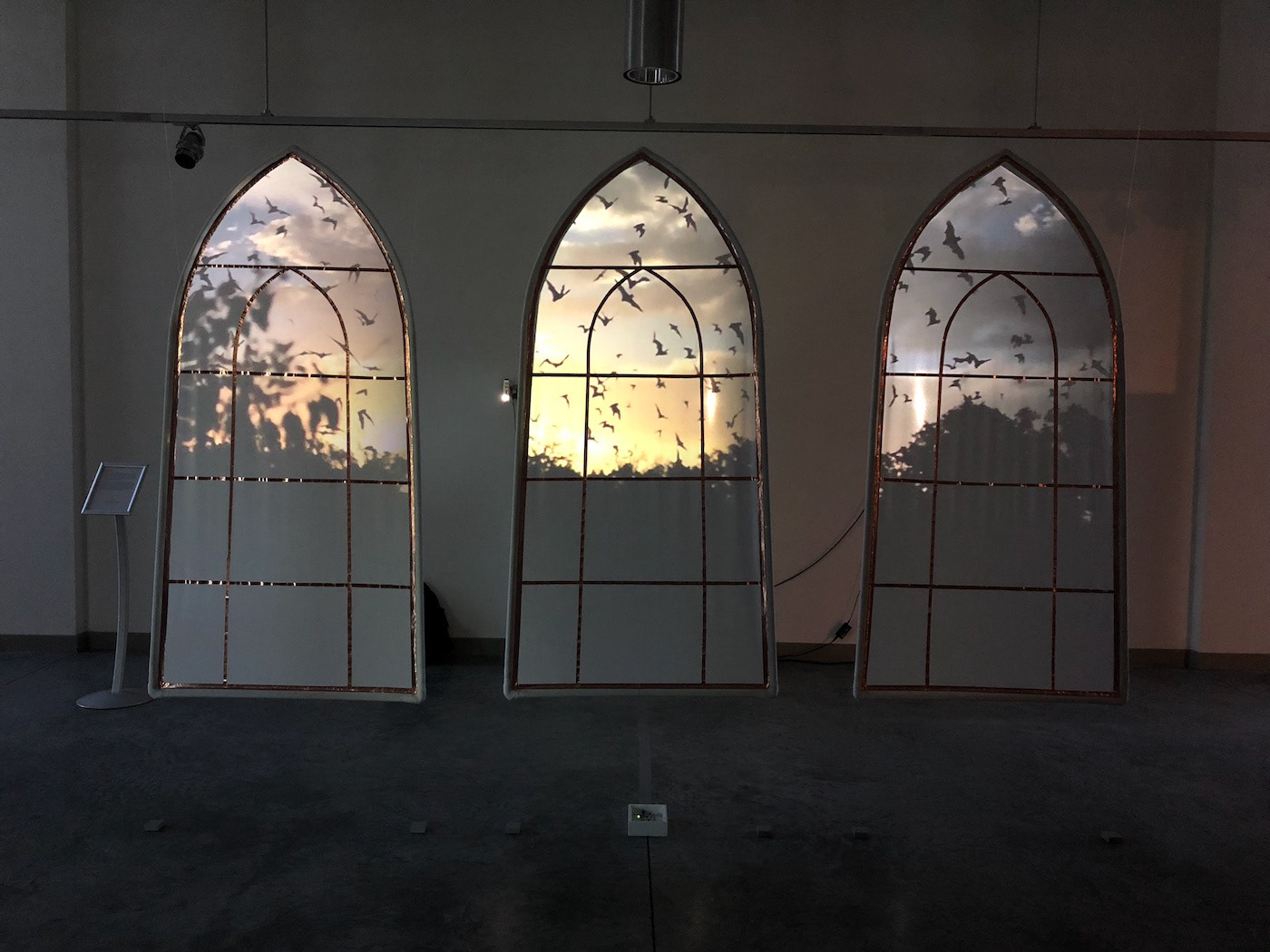 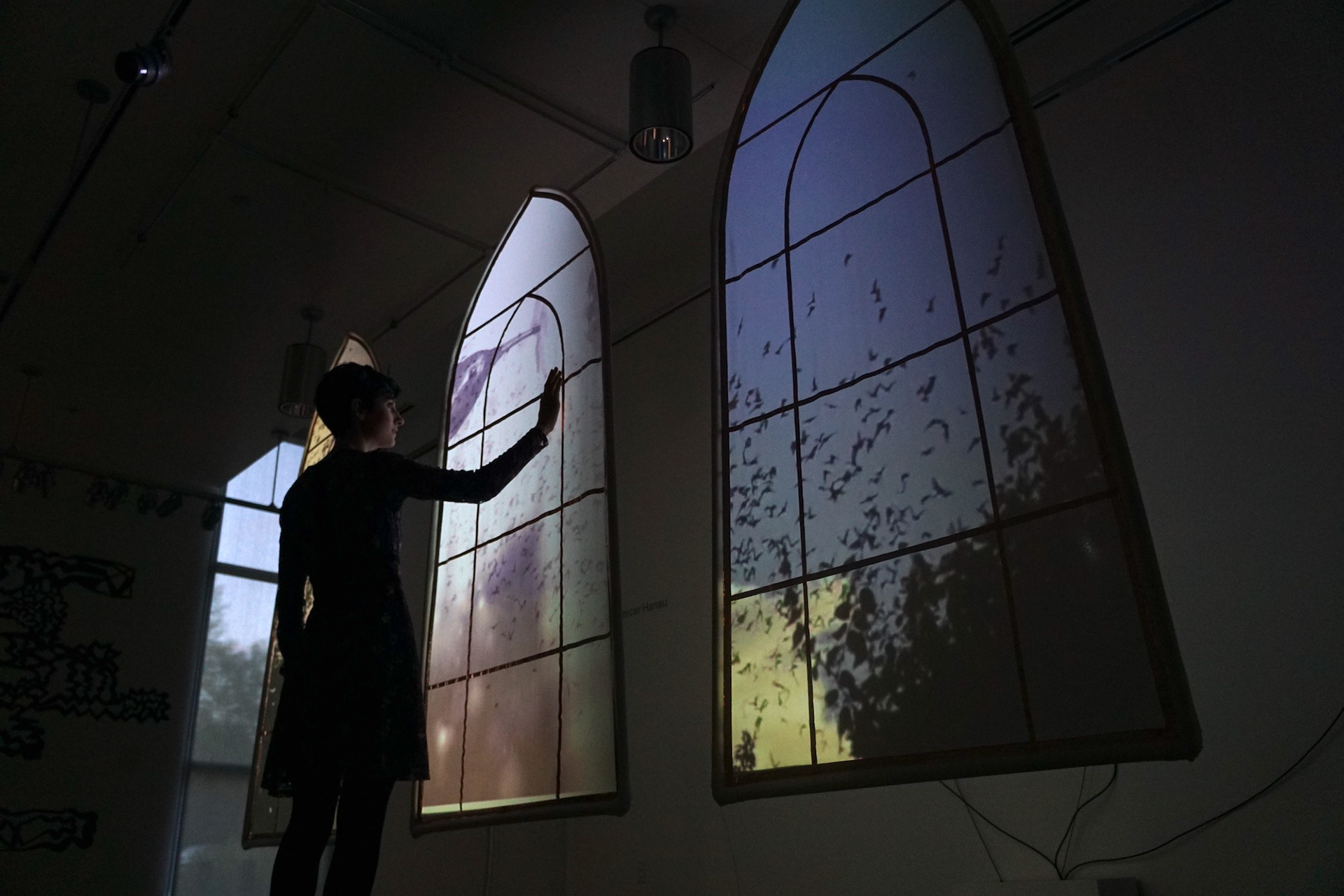 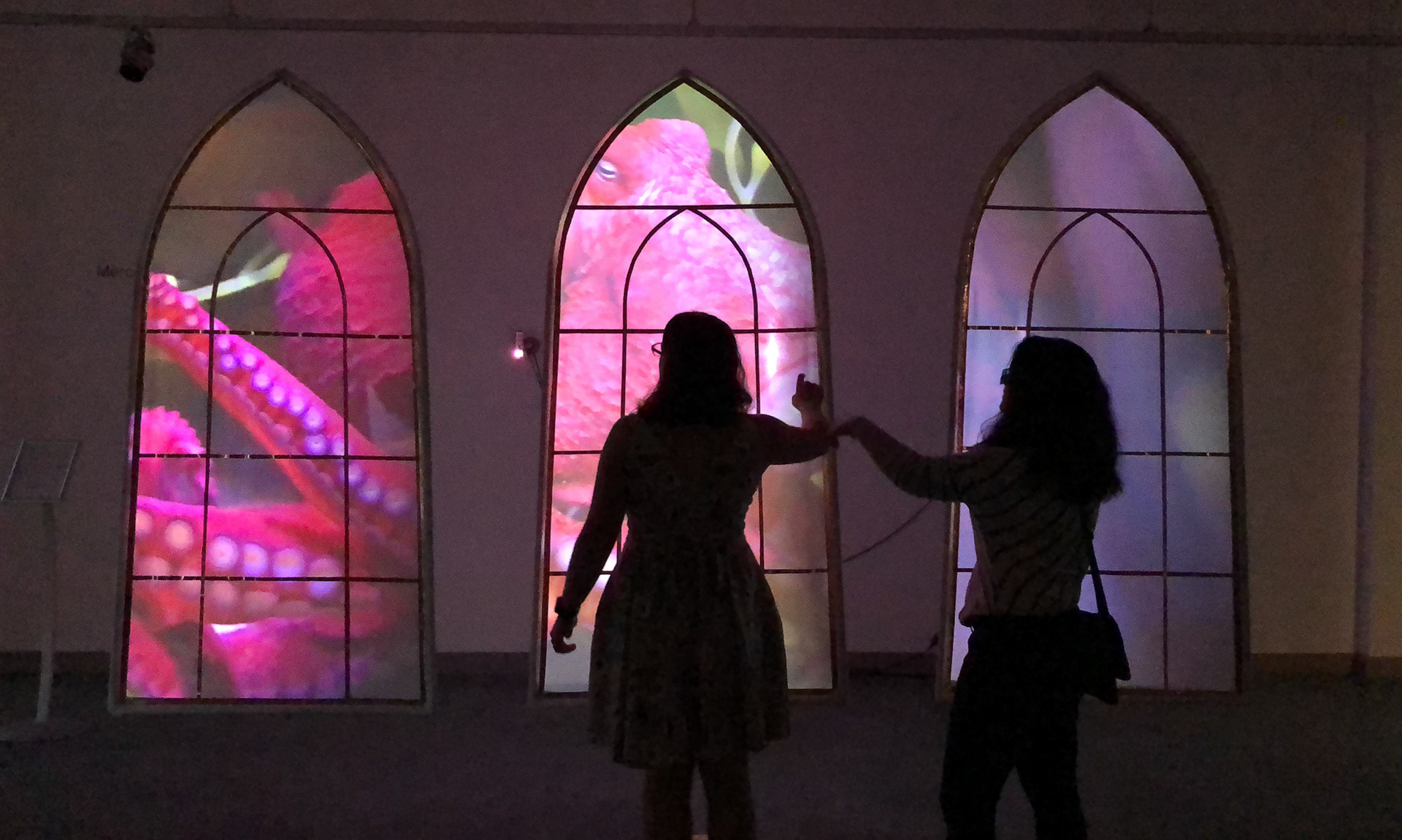 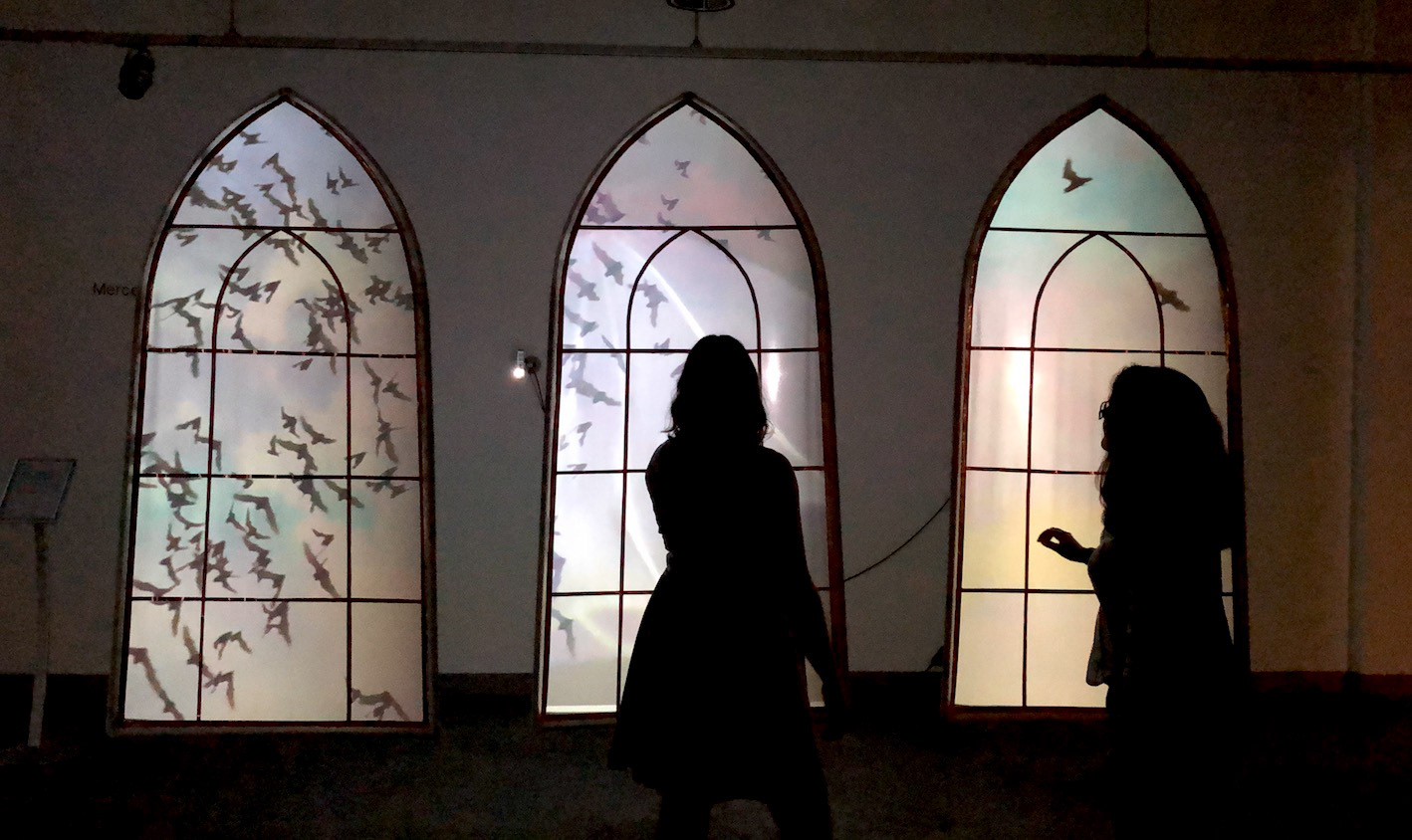 Homologospel; video projection, fabric, PVC pipes, conductive copper tape, wire, Arduino (Bare Conductive Touch Board); 2018
Artist statement
This proximity-responsive installation reimagines the aesthetic of stained glass cathedral windows with imagery of modern biology to reconcile now-polarized worldviews of human origins and our sense of entitlement regarding animal bodies. In adding videos from scientific research to the canon of human spiritual understanding, this work creates space for emotion about the natural world that is often purposely excluded from the 21st century laboratory.
There hasn’t always been a sharp ideological or linguistic distinction between studying the natural world and studying religion. However, in relatively recent history—especially in the United States—many still see science and religion as competing and incompatible in the formation of worldviews. Growing up as agnostic in a household with parents of two different religions, I found a deep connection to the natural world through science rather than faith. Such longing for understanding can move people to reach out toward infinite complexity through a variety of gestures of curiosity.